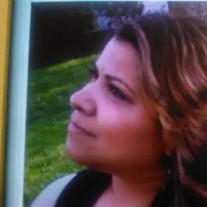 Charlotte-Valerie Shina Mitchell was born on, February 22, 1964, in Durham, North Carolina at Duke Hospital. Dr. William and Evangeline Mitchell. She graduated from Salisbury High School with Honors in 1982 and furthered her education by attending the University of North Carolina in Greensboro. It was there that she received her Bachelor of Science in Home Economics in 1987. She continued further study at Forsyth Technical Community College and received her credentials to become a Licensed Practical Nurse in July 2015. She was married to Clifford Lee (1990) and Orinzie Hooks, III (1995). Valerie enjoyed working for Aetna as an insurance manager for 15 years. She also worked for Guilford Child Development as a health coordinator for 6 years and then transferred to the Winston-Salem Child Development office for a couple more years. It was at that time that she wanted to push herself to accomplish more in life. It was then that she decided to pursue a career in nursing, being she had a passion for helping others. She departed this life at Novant Health Presbyterian Medical Center, on September 12, 2016, surrounded by love and peace. She leaves to cherish her memories a loving and devoted family: father, Dr. William D. Mitchell, Sr.; step mother, Betty Mitchell; a daughter, Victoria Lee; a son, Orinzie Hooks, III; a brother, William B. Mitchell; and a host of aunts, uncles, other relatives, as well as very good friends. Funeral Service will be held Sunday, September 18, 2016, with visitation at 2:30PM followed by funeral 3PM at Gethsemane Missionary Baptist Church, Salisbury, NC. Boone-Carroll Funeral Home of Cleveland, NC is serving the Mitchell family. Online condolences may be made at boone-carrollfh.com.

The family of Mrs. Valerie Shina Mitchell created this Life Tributes page to make it easy to share your memories.

Send flowers to the Mitchell family.