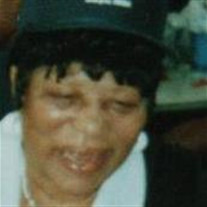 Ahoskie-Mrs. Maggie Lee Lassiter, 89, of Ahoskie, North Carolina, passed away, Sunday, January 3, 2016, at Roanoke Chowan Vidant Hospital. She was born to the late Gordon Lee and Bessie Lee on, June 9, 1926 in Bertie County, North Carolina. She attended Zion Grove Missionary Baptist Church, in St. Johns, North Carolina. She often talked about Slade's Grocery Store where they had to go to school. Maggie was well know for taking care of all of her nieces hair when school began. We all would gather in the back yard of her residence and dance and eat until she get to the next child's hair. She called all of her nieces and nephews her children. We all wanted to be like Aunt Maggie, because she was a real diva. She had many nieces and nephews that she considered to be very special and Jean Hardy-Lee was one of them. The Lee family would like to thank Jean for the many hours she spent driving up and down the highway, back and forward to Rich Square Minor and checking on our special aunt that we all loved as a mother. She was preceded in death by her parents, Gordon and Bessie Lee; four brothers, John Edward Lee, James Whaylon Lee, Herman Roosevelt Lee and Franklin Lee; four sisters, Dorothy Freeman, Bessie Marie Everett, Helen Lee and Ella Mae Hughes. She leaves to cherish her memories, several nieces, nephews, one sister-in-law, Ernestine Lee of Portsmouth, Va., and a host of other relatives and friends. Funeral arrangements are, 1PM, Saturday, January 9, 2016, at Zion Grove Missionary Baptist Church, St. Johns, North Carolina. Interment will follow in the church cemetery. Boone-Carroll Funeral Home of Cleveland, North Carolina is assisting the Lassiter family. Visitation will be 3PM, Friday, January 8, 2016 at Reynolds Funeral Home, 321 N. Maple Street, Ahoskie, North Carolina, 27910.

The family of Mrs. Maggie Lee Lassiter created this Life Tributes page to make it easy to share your memories.

Send flowers to the Lassiter family.