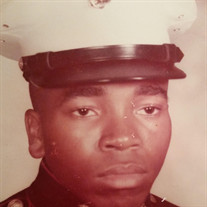 Salisbury-Mr. Larry Edward Fletcher was born in Salisbury, Maryland on June 16, 1955. He departed this life on December 25, 2015 at the Novant Regional Medical Center in Salisbury, North Carolina after a long illness. Larry received his formal education in the public schools of Wicomico County where he graduated from Wicomico Senior High School in 1973. After his graduation he enlisted in the Unites States Marines where he served two years of active duty. When he returned home he worked for Moore’s Lumber Company in Salisbury before his adventurous spirit led him on a journey to move out of Salisbury, Maryland to Baltimore, Maryland, where he lived and worked for several years. An opportunity came his way for employment in North Carolina and he pursued that opportunity, and moved to North Carolina and made his home there until his death in December 2015. His zest for life and his love of people made it easy for him to adjust to life in North Carolina. His battle with several major illnesses in his later years made it impossible for him to continue his employment. He fought hard to recover each time and he was knocked down, but his body finally gave out and he lost his battle. Many thanks to the Veterans Administration Hospital in Salisbury, North Carolina for the care they gave to Larry. Larry was preceded in death by his mother, Maggie E. Custis; father, Lawrence E. Fletcher, a brother, Eric “Big” Fletcher and a nephew, Freddie P. Hutley. Larry leaved to mourn, three daughters, Marlena McCullar of Hattiesburg, Mississippi, Carmen Nicole Willis of Winston-Salem, North Carolina and Latisha Antonette Fletcher of Concord, North Carolina; one son, Larry Fletcher of Spartanburg, South Carolina; three sisters, Marlene P. Custis of Newport News, Virginia, Patricia Wright and husband James Wright of Newport News, Virginia and Doretha Vassor and husband Carl Vassor of Baltimore, Maryland; one brother, Lake Fletcher and wife Sabrina Fletcher of Salisbury, Maryland; three grandchildren, and a host of nieces, nephews and friends. Larry was loved by his family and friends and he will be sadly missed by all. Interment will be held, at 10AM, Friday, January 8, 2016 at Salisbury National Cemetery. Boone-Carroll Funeral Home of Cleveland, North Carolina is assisting the Fletcher family. Online condolences may be made at boone-carrollfh.com.

Salisbury-Mr. Larry Edward Fletcher was born in Salisbury, Maryland on June 16, 1955. He departed this life on December 25, 2015 at the Novant Regional Medical Center in Salisbury, North Carolina after a long illness. Larry received his formal... View Obituary & Service Information

The family of Mr. Larry Edward Fletcher created this Life Tributes page to make it easy to share your memories.

Send flowers to the Fletcher family.