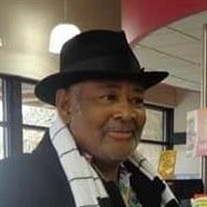 Donald Hughes Robinson, age 74, was a Veteran of Foreign Wars for the United States of America. The decedent passed away unexpectedly on February 4, 2020 due to complications with a service-related illness and cardiovascular disease. He expired in Salisbury, North Carolina at the Veterans Affairs Hospital. During his tenure in the US Army, Donald Robinson’s last duty assignment and major command was a Co TC USAG WSMR NM USAMC under the station command of Fort Bliss, Texas from 1969 to 1970. In total he served in the US Army one year, 10 months and 28 days and received an Honorable Discharge for his service time in the Vietnam War. At the time of his active duty he served as PVI and received numerous commendations including, but not limited to, Marksman; MSLMN Badge, VCM w/Device. He completed his military training at USATC Fort Jackson, SC in 1968. Notwithstanding his meritorious awards and special recognition, Donald Hughes Robinson is a lifetime member of the 11th Armored Calvary’s Veterans of Vietnam and Cambodia. Donald Robinson was born in Turkey Foot, Chattanooga, Tennessee in Hamilton County. His parents were Homer Robinson and Emma Ziegler (maiden name). As a civilian, Donald worked as an Air Traffic Controller for the Federal Aviation Administration, US Department of Transportation for 21 years and five months and retired on September 30, 2005. Donald Robinson possessed an engaging personality with just the right tough of Charisma to make friends with strangers and turn unbelievers into believers in all that is just, good and fair. His quick-wit and sharp tongue compelled others to think quick on their feet, otherwise he could make the least of them feel powerless and the strong ones to feel vulnerable in his presence. His compassionate eyes and warm-hearted nature enabled him to become champion for the homeless from California to the eastern seaboard of New York. He was preceded in death by father, Homer Robinson; mother, Emma Ziegler; Brother, Alfredo Robinson; two sisters, Cedean Rose Robinson and Ella Ruth Robinson; nephews, James Robinson, Sr., Timothy, Keith and Kenneth; Nieces, Galinda, Timothy, Karen, Keith, Kenneth, and James, Jr. He leaved to cherish his memories: a son, Dennis Robinson; daughter, Dana Robinson; sister, Bettye Robinson; two nieces, Dorthea Dossett and Cheroll Dossett; nephew, Astroon Robinson; Great Nieces, Nicole R. Harris, Lauren Robinson, Victoria Robinson, Jaleesa Robinson, and Shavon Dossett; great nephews, James Robinson, Jr., Justin Robinson, Jayden Robinson and Jayson Robinson. A host of other family members and friends. Funeral Arrangements: Wednesday, February 19, 2020 with visitation 11:30AM, followed by service at 12Noon, The Potter's House Outreach Ministries, 119 Clancy Street, Salisbury, NC. Interment: Salisbury National Cemetery, 501 Statesville Blvd, Salisbury, North Carolina. Boone-Carroll Funeral Home of Cleveland, North Carolina is assisting the Robinson family. Online condolences may be sent to boone-carrollfh.com

Donald Hughes Robinson, age 74, was a Veteran of Foreign Wars for the United States of America. The decedent passed away unexpectedly on February 4, 2020 due to complications with a service-related illness and cardiovascular disease. He expired... View Obituary & Service Information

The family of Mr. Donald Hughes Robinson created this Life Tributes page to make it easy to share your memories.

Donald Hughes Robinson, age 74, was a Veteran of Foreign Wars...

Send flowers to the Robinson family.