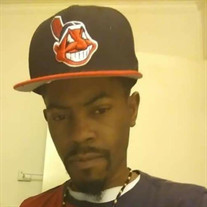 Mr. Anthony Donnell McGee was born on July 10, 1985 in Rowan County to the late Larry Donnell McGee, Sr., and Gay Irene Jackson. On, Saturday, December 19, 2020, he departed this life. He attended East Rowan High School and graduated from Henderson Independent School. He further his education at Guilford Technical Community College. Although it hurts to say our good-byes, the Almighty Angels have called you to fly & for your sake and in your name, I promise to live on and do all things the same. He was preceded in death by his grand-parents, Parthenia Jackson, and Arthur & Bernice McGee; a brother, Samual Smith. He leaves to cherish his memories: three brothers, Ryan Jackson, Larry Donnell McGee, Jr., and Melvin Godfrey; two sisters, Kimyatta Jackson and Jemese Imes; two daughters, Uriyah Dillard and Amiyah Corry. A host of nieces, nephews, aunts, uncles, cousins, and close friends. Arrangements: Funeral Private: Monday, December 28, 2020, with visitation at 12Noon, followed by service at 12:30pm, at Fairview Height Baptist Church. Burial at Oakwood Cemetery. Boone-Carroll Funeral Home is assisting the family. Online condolences may be sent to boone-carrollfh.com

The family of Mr. Anthony McGee created this Life Tributes page to make it easy to share your memories.

Send flowers to the McGee family.